Can You Blend Carbonated Drinks: Explained

We put so many things in our blenders when we juice fruits and veg when we make milkshakes and smoothies, but… what about carbonated beverages? You probably never thought about putting Coca-Cola into your blender before now, did you?

But now you are.

Can you do it?

Today, we will tell you all about how you can use carbonated beverages in blender recipes. We will also tell you what is and what is not safe to put in your blender. We will go over all this and then some.

Are you ready for some bubbly fun? 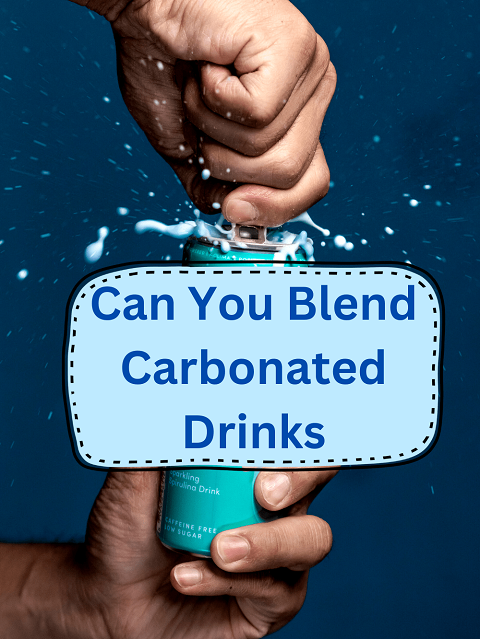 What Is A Carbonated Drink?

Okay, first of all, let’s talk about carbonated drinks. Some of us are not entirely sure about what defines a carbonated beverage, so, let’s clarify. These drinks are drinks that have had CO2 added to them after it has been canned or bottled.

Carbonation can be artificial or natural, but it is often added to give a beverage a fizzy texture or a refreshing taste.

Natural carbonation can happen when bacteria ferment the sugars that are inside the beverage. However, this can also happen as part of the process of absorbing CO into the water under pressure, or by pressurization equipment adding bubbles of CO2 gas into the beverage.

This can result in some naturally sparkling mineral waters, fruit seltzers such as LaCroix, and even ginger beers and tonic waters, some craft beers are also made this way with a little yeast conditioning!

A majority of commercial sodas will make use of artificial carbonation, rather than using natural methods mainly because it is quick, easy, and faster to do. Many of these carbonated beverages will have special instructions on which blender you should use, or if you cannot blend them at all!

Blending Carbonated Drinks: Is It Safe?

It is typically safe for you to blend carbonated beverages, and doing so often has unique results. If you were to shake a bottle of soda water and then take off the lid, it would come shooting out like an exploding volcano.

This happens because the soda is put under pressure. However, when you add a carbonated beverage to a blender, the blades of the blender cut through the carbon, pressure is reduced and the CO is turned back to liquid.

You could put a blender halfway with sparkling water and then blend it slowly, once done you could see there is no more gas left. Fascinating right?

Can You Use Any Carbonated Drinks? Are They All Safe? 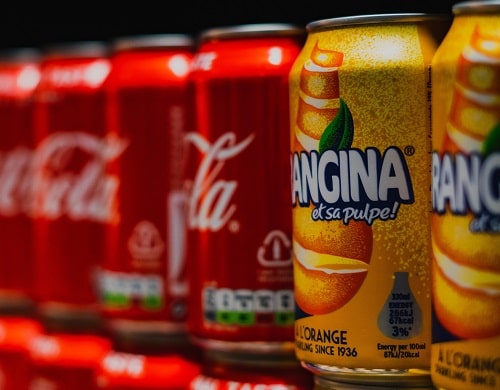 Some carbonated beverages just are not safe because of other ingredients. Juice-based tonics or cereal-based Mountain Dew Pitch Black have citric acid and sugar added to them.

Sugar and citric acid are acidic ingredients and putting them in a blender can damage the blender blades.

That being said, a majority of carbonated drinks are fine, as all you should taste is a fizzy sensation with no other flavors, but it is very important that you read through the packaging before you start blending!

Brands like Pepsi and Coca-Cola even say that you can use them with a blender, so always use this information when it is available.

Yes, this does mean you could make a Coca-Cola smoothie if you wanted to!

Is It A Good Idea To Add Carbonated Drinks To Blended Recipes?

Adding carbonated drinks to a blender recipe is definitely a personal choice. If you want a drink to be fizzy, you should add in sparkling water or soda water after the blending as blending will stop the beverage from being carbonated.

Of course, if you do add soda or sparkling water without blending, note they do contain acids and sugars which can damage the blender parts, so always be careful if you have a sensitive blender.

What Can I Make With Carbonated Beverages? 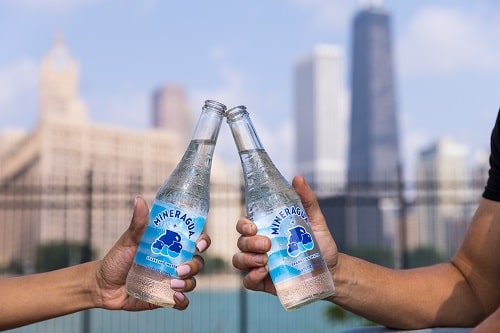 There are so many possibilities of what you can make with carbonated drinks in blending recipes, it is totally up to you what you do. However, always follow these tips when doing so:

Avoid drinks such as:

These have yeast, live cultures, and alcohol which do not do well in smoothies.

Do You Need A Strong Blender?

It is always best to start off with low speeds when blending carbonated beverages, then slowly increase for consistency. If you start too fast you could cause an explosion by adding too much gas to your beverage without enough liquid to balance it out, this can damage your blade or result in injury.

Can You Put Carbonated Drinks In Nutribullet?

However, there are some carbonated drinks that you can use and get away with it, just make sure you select the right beverage and blend slowly!

Can You Blend Ice And Soda?

Of course, you can, in fact, this is one of the many ways you can make a soda slushie! Remember to start off slowly like you would with any carbonated beverage. You can even freeze sodas and then blend them to make awesome summer-time treats!

Can I Put Coke And Ice In A Blender?

Coke and ice in a blender is a good way to make coke slushies in the summer. When doing so, just make sure you take care of the blades and give your blender a good clean afterward. 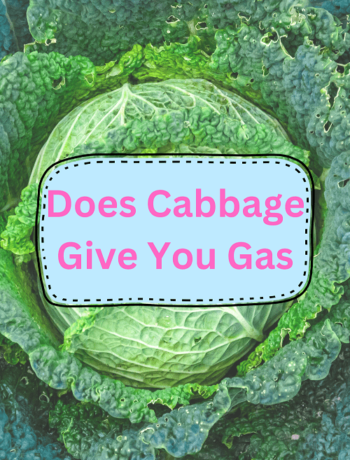 Does Cabbage Give You Gas: Facts & Remedies

How Long To Boil Pork – The Ultimate Guide 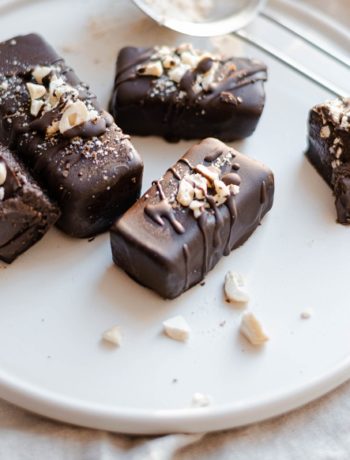 How Long Does It Take For Chocolate To Harden