Persimmon: What Is it – Taste And Persimmon Varieties

Permissions are the fruit version of fall, they both look and taste like the perfect fall fruit.

In many parts of the world, especially in Asia, the persimmon fruit welcomes the harvest. It is a fruit that has long been prized for having a jammy texture and a flavor as sweet and glorious as honey.

However, in the US, persimmons have not quite gained the association with the fall season yet, so the competition against pumpkins makes it a challenge. It is a shame though, as persimmons are one of the biggest seasonal eats for all mankind.

But, we won’t beat around the bush, let’s introduce you to the glorious persimmon.

What Is A Persimmon?

Although they do not look like it, persimmons are actually a type of berry by definition. They do come in a variety of shapes and sizes, however, their overall appearance could be described as a warm, fall-bathed tomato.

Their colors exist on a broad spectrum, ranging from yellows to deep red oranges, you can even get some that are brown, or black in some different species.

While persimmon, as a word comes from ‘Pessamin’ an angolan word, this fruit is actually known to have come from China, in its first harvest over 2,000 years ago!

The species was then later introduced to Korea and Japan in the 14th and 7th Centuries. In today’s world, these 2 countries are the biggest producers and enthusiasts of persimmon, and it also plays a major part in the celebrations of the harvest in the fall.

If this is your first time with persimmons, it is okay. The first thing you will realize is that they can be put into categories as being either non-astringent or astringent.

This strange categorization reflects the flavor profile of the fruit, as well as its timeline and its texture. Basically, if it is astringent and unripened then you might want to wait a little while before you eat it.

Where Do You Find Persimmons

So, where do you look if you want to get some persimmons?

Persimmons grow on trees that come from the genus Diospyros, which is a genus that includes 500 or more species of deciduous and evergreen trees. The Diopyros Kaki is the most well-known fruit tree today, and it is the same cultivar that originated in China over 2 millennia ago.

It can grow to be 40 ft tall and has leaves that will change in colors once fall comes around, at the same time its persimmon fruits will ripen into orange, yellow, and red hues.

It grows around Asia and can be found in the Middle East, Northern India, and Southern Europe.

There is also the American persimmon, known as the Diopyros virginiana, which is a US native species that grows along the East Coast and in some states such as Oklahoma, Texas, and Iowa, but its fruit is smaller.

Are There Different Kinds Of Persimmons? 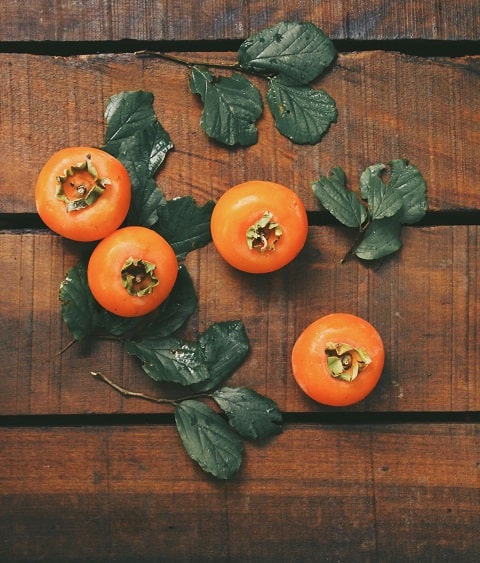 There are a few different persimmons that vary in size, color, and flavor. In the US, there will mainly be the Asian varieties hachiya and fuyu. They are also often known as Japanese persimmons, khaki persimmons, or Chinese persimmons.

The Fuyu is non-astringent, it is squat and round and looks a lot like a tomato with colors ranging from a warm yellow to a deep orange-red color. It could be eaten firm, or fully ripe, which makes it favorable and one of the most commonly cultivated in the world.

If you eat hachiya, then it is not as simple. It is bigger than the fuyu and looks more like an acorn than a tomato. It is an astringent persimmon and needs plenty of time to ripen before you eat it. If you eat it unripe then it will taste tannic and sour.

However, when these persimmons are ripe, their skin will become more transparent and their flesh becomes like a jelly pulp.

There are other non-astringent persimmons that include variations such as the giant fuyu (or the gosho) persimmon, which is known as being two times the size of the typical fuyu. Then there is a pale-orange jiro persimmon, the Sharon fruit (a sweet variation) which gets its title from Israel’s Sharon plain.

There are astringent varieties, such as American persimmons, that are pale orange colors, and like the Asian hachiya, they are a regional variety that you cannot eat until fully ripe.

Mexico’s Black Sapote is a totally unique variety, it has green skin that is totally inedible hiding a creamy interior within it. It actually looks a lot like a chocolate pudding.

There is also Maru, which is a hachiya that is speckled, complex, and aromatic, and also known as the ‘chocolate’ persimmon. These have orange skins with brown specs and dark flesh with a flavor not unlike butterscotch.

Persimmons And Their Cultural Ties

Due to the history and origins of the persimmon fruit, they are very closely linked to cultures in East Asia.

They are seen as a hero fruit in Korea.

These fruits are unique, very pretty, and have a vast range in flavor, so they are kind of the signifiers of harvest and representation of Eastern Asian harvest cultures.

One of the primary recognized traditions that surround persimmons is the hoshigaki, which is a centuries-old Japanese method used to preserve the fruit. This is observed in Korea as Gotham and in China as Shiblng. The tradition focuses on the peeling of the persimmons before they are hung up onto strings. The fruits are then massaged gently each day for 4 to 6 weeks until it creates a white powdery skin and a flavor that is deep and sweet.

Dried persimmons are a cultural marker for many. In Asia, it is a memory for most that remind them of their childhood. And, the sweetness it creates is gorgeous, leveling up an already awesome fruit.

In Europe and North America, this fruit is often used in sweet recipes, such as pies, jams, bread, and even puddings. Persimmon pudding is actually popular in the US and is an Indiana State specialty. 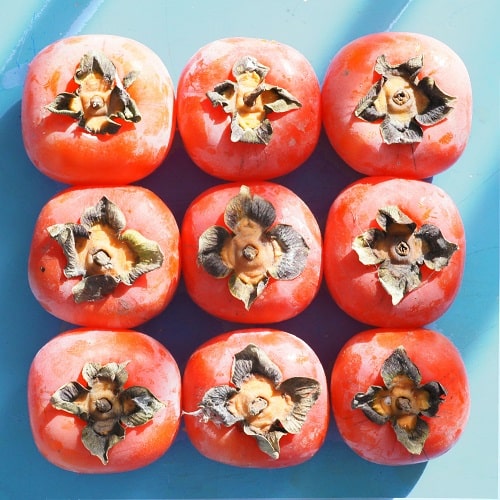 Persimmons have a very delicate flavor which is kind of like a cantaloupe in its sweetness and in its color.

It can also be similar to squash or have hints of honey but like vegetable-based honey.

When you look up persimmon recipes you can see they are often mixed with a variety of warm spices. Although fall-based flavors tend to pair well with persimmons, a lot of these flavors will naturally occur in the pulp of the fruit anyway, so you shouldn’t overdo it.

When you bite into a fuyu, it is a lot like biting into apples, but it does have a flavor closer to that of a pumpkin, but with some naturally produced hints of nutmeg and cinnamon.

If you eat hachiya these are incredibly sweet and they tend to taste more like a caramel jam spiced up.

But an unripe hachiya or astringent persimmons are a massive no-go, just do not bite into it. These have really high levels of tannins, which are natural chemicals that  make them taste insanely sour. These tannins will break down as it ripens, which makes them sweet.

If your persimmons are unripe, you should leave them on the counter to ripen for a good week before you decide to take a bite. If you do want to eat them sooner or have them ready for a recipe sooner, placing them in a warm area or in a bag with ripe fruit to speed it up can help.

Non-astringent persimmons like fuyu will also have tannins, but they will have much fewer tannins, making them more pleasant to eat when unripe.

How Do You Eat A Persimmon?

Fuyus can be eaten even when firm, so you could just bite into it like eating an apple. You can also slice them, or bake them into cookies, loaves, or cakes!

Astringent persimmons on the other hand will feel like a jellied water balloon when they are ripe, so slicing is difficult, therefore you should spoon out their pulp. This persimmon type is best for jams, compotes, and puddings.

Persimmons are great for dessert cooking, but they can also go well in a savory dish too. Unexpectedly, you can use them to make vinegar, such as a Korean gamsikcho, which balances the sour taste of apple cider vinegar and the sweetness of the persimmon.

You could also roast them until they are charred, pickle them while they are firm, serve them with some mild cheeses, add them to a salad, or cook them to make a marinade or dressing.

You can even transform these fruits into spiced drinks like the sujeonggwa, a Korean tea, which is made with dried persimmon and cinnamon and can help with digestion. It is often served in a Korean fall festival and is highly enjoyed as cinnamon brings out the sweetness of the persimmon. 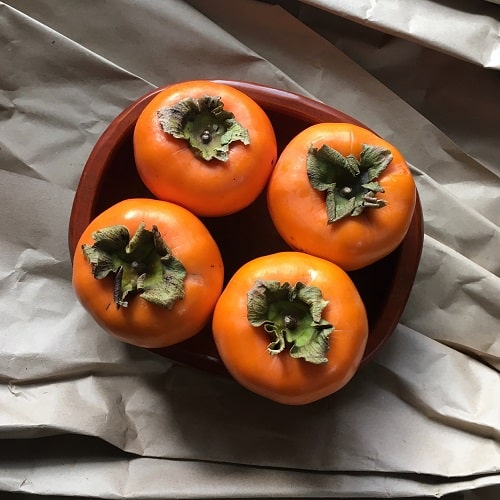 Persimmons are highly nutritious and full of magnesium, folate, thiamin, phosphorous, and thiamin. It is also quite low in calories, only contributing 118 calories per persimmon, making it a good snack on a diet.

These fruits also have antioxidant properties, anti-inflammatory qualities, and high fiber content. They may even be able to help prevent heart disease.

Oh and even better… Persimmons contain 55% of your RDA of vitamin A!

Can You Eat Persimmon Raw?

Are Persimmons Sweet Or Bitter?

Persimmons do not taste like tomatoes, they are much sweeter, and taste like the fall season. They probably taste more like a sweet cinnamon-sprinkled squash than a tomato!

What Is The Persimmon Fruit Good For?

Persimmons are a great source of manganese, vitamin A, and vitamin C, with antioxidant properties.

Is Persimmon Healthier Than Apple?

Persimmon has more nutrition and more antioxidants in it than apples. 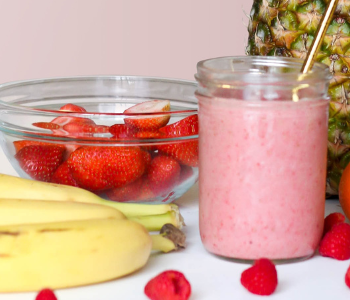 When Were Smoothies Invented – History Of Smoothies 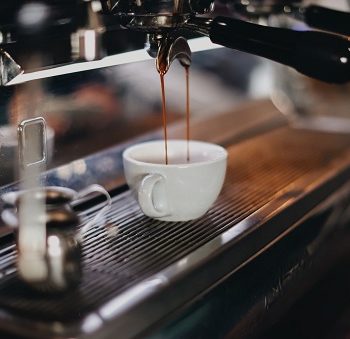 Calories In a Shot Of Espresso 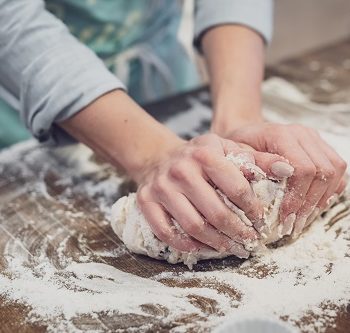